Kaitlyn Miyagawa, ﻿Chief Executive Officer
Kaitlyn Miyagawa is the Executive Link Crew president for the 2015-2016 school year. She's a senior on campus and a three-year varsity volleyball player. She's an AP scholar and was among the top 20 of her class for both her sophomore and junior year. She's a part of the Matador Scholar Academy as well as a member of the California scholarship Federation. She is a proud member of the La Mirada high school community and looks forward to aiding others in achieving success. She's hoping to attend New York university next fall and pursue language psychology. 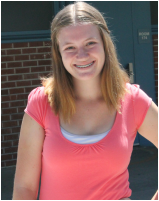 Christina Croal, Chief Operating Officer
Christina Croal is a junior La Mirada high school. She is the Captain of the JV volleyball team for the 2015- 2016 school year. She has played volleyball for freshman, sophomore, and junior year. In her freshman year she placed third in the JV discus team for track and field. During sophomore year she also recorded statistics for the girls varsity basketball team. She has had over a 4.0 GPA freshman and sophomore year. She continues to take honors and AP classes for her junior year. This upcoming year Ms. Croal Will be the Link Crew Vice President. Ms. Croal plans on attending a four-year university to complete the major of biomedical engineering once she graduates. 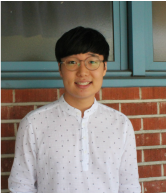 Kevin Park, Chief Financial Officer
Kevin Park is the chief financial officer for link crew in the school year of 2015-2016. I've been a member in Link Crew since sophomore year and excited to work with the new freshmen every year! Outside of school and inside of school, I'm a very active person. For Example, outside curricular activities I help out the disabled kids at my church, teach Korean to foreigner language speakers and young kids and lastly I help out the senior community by doing household work for them. Some inside activities in school I have is CSF (California Scholarship Federation) motivates to keep up your grades, NHS (National Honor Society) voluntarily service hours from different areas where you gain more experience, MUN (Model United Nations) where we learn about the global affairs and other countries around the world and lastly link crew to show great leadership in my life. Through this enormous amounts of activities, I feel like I've gained confidence and would like to recommend these social activities to the under class. Next year, I'm planning to go to Biola University and study sports marketing and transfer to UC Irvine in a few years. I will always be around the campus so if you see me just don't be afraid to talk to me! I will be more welcome to get to know you guys. 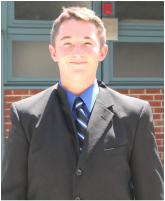 Zach Moore, Chief Prevention Officer
﻿Zach Moore is a junior at La Mirada High. He is a top twenty student who is part of NHS, a student magazine, and calculus club. Mr. Moore has been on the golf team at LM and plans to play through senior year. He aspires to be a bio-medical engineer in the prosthetics field or a biology professor.﻿ 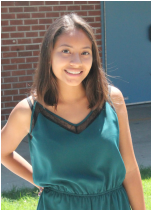 Diana Aguirre, Director of Compliance
Diana Aguirre is a senior at La Mirada high school and is very involved in the school. She's a Link Crew leader and the director of compliance on the cabinet. For the past three years she was in the avid program and used it as a college organization class by taking AP courses to make it happen. Outside of school she's in the teen alliance program and has put in many volunteering hours. As a career she wants to be in the marketing business. 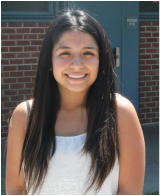 Brittany Gomez, Chief Communication Officer
Brittany Gomez is an active senior at La Mirada high school. Miss. Gomez is involved in a variety of clubs and holds positions in them such as Girls League, Link Crew, and ASB. She has also been involved in the school's cross country and track team. During the school year she studies hard to maintain her status as a honors/AP student. She spends many hours volunteering for the city and clubs as well. Miss. Gomez continues to maintain academic excellence as she wishes to attend UCI and graduate to become her dream job of being a pediatrician. 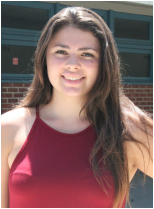 Jessica Mittleider, Chief Business Operations Officer
Jessica Mittleider is a junior at La Mirada high school. She has played volleyball for La Mirada for three years and hopes to continue on varsity her senior year. Miss. Mittleider has ambitions to continue playing volleyball in college. This is her first year in Link Crew and holds the position of business operations officer, she plans on continuing in link crew her senior year. Jessica is in the Apple Academy and hopes to be an elementary teacher in the future. 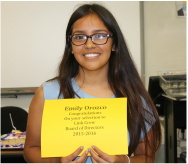 Emily Orozco, Director of Web Integration
Emily Orozco has involved herself in her city and in her school for the past years. She has volunteered within the Norwalk Teen Alliance Program for four years, and has been a part of the Track and Field program for two years. She has also been in Link Crew for two years. She is now taking an AP course and is the web design director for Link Crew. In the future she wants to be head of the company either involved with music or fashion. Her dream job is to have her own show called "Adventure Time with Emit". 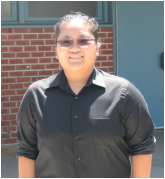 Kayla Nakashima, Director of Academic Lessons
Kayla Nakashima is an active junior involved in a variety of programs, including Link Crew, National Honor Society, and creativity action service(CAS). Outside of school, Ms. Nakashima is highly involved with the school's band as well as working with special needs teens and adults, in addition to maintaining academic excellence. She sticks to work alone above the standards to display achievement in her cabinet/counsel position in Link Crew as the director of academic lessons and the Band's section leader. Meanwhile she maintains bright aspirations to complete college and continue in medical school and hopes to become a physician.

Ainsly Rivera, Chief Intervention Officer
Ainsly Rivera is a senior at La Mirada high school. She has played soccer her first two years and is her second year and cross country. Ainsly is the board of the several other clubs and organizations such as ASB, Girls League, FCA, and Link Crew. She is chief intervention officer and hopes to impact the incoming freshmen positively and prepare them for college. She enjoys social science and science in general, hoping to enter UCLA, UCSB, or UCI and become a neurologist in the near future. 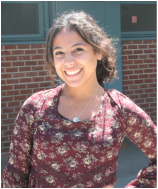 ﻿Josephine Riese, Director of Marketing
Josie Riese is a junior at La Mirada high school. She is a very motivated student and keep herself busy with school and club activities. For her upcoming school year she has taken the role of marketing in the cabinet of her school's Link Crew. As well as taking two AP classes this school year. Josephine has participated in competitive cheerleading and gymnastics through her high school years. Ms. Riese plans on pursuing her dream into getting accepted into Oregon University and majoring in psychology and hopes for having the future job of a children's counselor. 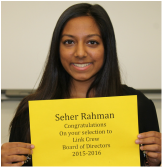 Seher Rahman, Director of Leadership Development
Seher Rahman is on her final year at La Mirada High school. In Link Crew she takes on the role of Director of Leadership Development. She involves her self in school as much as possible. She is apart of the Matador Scholar Academy as well as a member of California Scholarship Federation. Outside of school she volunteers for many places to help out the community. Ms. Rahman continues to maintain her grades as she plans to attend a university and pursue her dream of becoming a pediatric nurse. 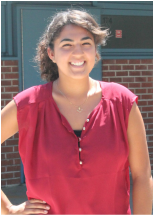 Mikaela Ramirez, Director of Community Outreach
Mikaela Ramirez is a junior at La Mirada high school. She has play tennis for La Mirada for three years and is beginning her first year on varsity. She has maintained a 4.0 GPA all three years of high school. Her sophomore year she was part of the top 10% of her class. Mikaela also plays that upright bass in the schools orchestra. She is a member of the national Society of high school scholars and is currently the director of community outreach for Link Crew.